From the blog (read all) 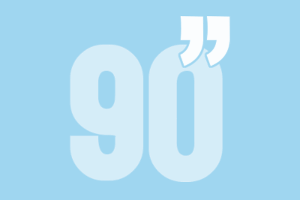 90 Seconds is our first multi-platform app, and the first that we launched in all the major platforms: iOS, Android, and Windows Phone.

It started as a game for HP's Touchpad tablet in 2011-2012, and, after the short life of the device, it was updated and adapted for Windows Phone and Android, making its final launch for iOS later in 2015.

The goal of the game is simple: guess a word that matches the topic displayed on the screen, and that starts with a specified random letter. The more correct words the player guesses, the more points at the end of the game.

The current version of the game has 27 categories from diverse topics ranging from Geography to Chemistry, going through History or Sports:

Five years ago we started the core of what Studio!Kah was going to be. We developed Kah.me and our development journey began.