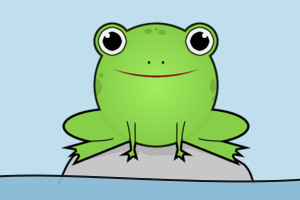 Five years ago we started the core of what Studio!Kah was going to be. Everything began with Kah.me, a URL shortener developed as a side project by a Computer Science student.

The site was easily recognizable for the blinking frog log that decorated the main banner. That frog became a mascot and a symbol, and although it has changed over time (and it doesn't blink anymore), it still reminds us of the original frog that cheered up the site.

Then a series of educational games and apps followed, mainly for local language teachers that wanted fun activities to share with their pupils. Educational web pages that could be easily updated and with which students could be more engaged in class.

Those were the roots of Textivities, our e-learning site for language teachers, that will be launched in mid-2017.